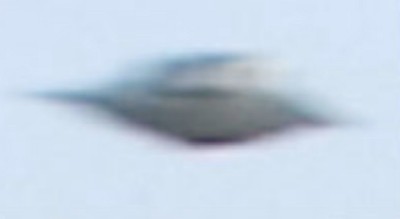 For thousands of years all over the world our leaders have frequently been thugs. They have gained their positions by brutishly fighting their way to the top. For that reason they have nearly always been men.

Having got to power these men have glorified the route they took. The chivalrous knight, the fearless warrior etc. It has led to a predominance of paternal cultures nearly everywhere. There is no record in our history books of a major civilization that has lived in peace for long. The very idea that living in peace is possible is attacked.

If someone upsets me and I kill him, or arrange to have him killed, then the police will go to considerable trouble to track me down and send me to jail. All over the world people agree with that procedure. However, if the leader of a country is upset by another leader it is not unknown for them to declare war on each other. Instead of working through their issues without physical violence like their subjects are expected to do they are allowed to get hundreds, or millions, of people killed in order to settle their differences. What makes a country's leader so special? How is it that they can legitimize what would be unthinkable if a so called lesser person were to try something equivalent?

This world-wide tradition of putting our national leaders on a pedestal is unsustainable. As our technology advances the damage we can do in a war increases. If we proceed on our present trajectory we will one day destroy our planet and everyone will die. I explain in my SETI page why this is a very real prospect. We have to get super-ethical or we will all perish. There is no way to wriggle around that conclusion. We all have to work on our own ethical standards and hold our leaders to account if they do not live up to these increased standards as well.

If we became super-ethical there would be no limit to our prosperity. Far too many people are under the illusion that the resources available to us are limited. The Sun sends us far more energy than we need to prosper. We already know how to turn sunlight into electricity and fuel without causing pollution. We just need to stop being scared of change and adopt these technologies. Once the energy supply is sorted out we can work with the earth we walk on and refine from it all the resources we could possibly want. Again, we already know how to do that without causing pollution.

The only thing stopping everyone in the world achieving unimagined prosperity is a false belief that we are limited. We already know how to make robots that make the things we want. We already have computers that help us organize our knowledge and affairs. Machines to amplify the effort of our muscles have been around some 250 years. The only thing stopping everyone becoming super-rich is distrust. If the poor trusted the rich to teach them they could soon lift themselves out of poverty.

The distrust the poor have of the rich is well deserved. The thing is that time is running out. The world is facing several deadly crisis all at once. Global warming is making the gigantic deposits of methane hydrate decompose which is accelerating warming even more. The finances of many countries are in a complete mess largely due to the greed of the bankers. The possibility of a meteorite impact was driven home by one hitting Russia while astronomers studied another that was making a record close approach the very same day! The threat of nuclear war continues to hang over us while we still tolerate war mongering by our leaders.

The answer is so simple. Rebuild trust. Put honesty on a pedestal, not human figures.

When something undesirable happens usually the best way to find the culprit is to follow the money. Modern wars mean big business for the arms manufacturers. They call themselves the defense industry but if the populations of every country refused to fight there would be nothing to defend against. Typically when politicians have been challenged about the armaments manufactured in their jurisdictions they talk about all the jobs that will be lost if they stop their weapons dealing. The status quo being used to justify a far bigger wrong, again. Ultimately it is the responsibility of every person working in an unethical industry to resign their job and find another one in an ethical industry. It is time for citizens to make a stand and simple refuse to allow the mass murdering which is given the glorified name of "war".

Freedom fighter is the euphemistic name given to those who use violence to try to overthrow rotten regimes. Their government might well be bad but there is never any excuse to use violence to make a change. If we simply made a universal refusal to negotiate with anyone with a history of violence it would soon loose its appeal.

The message of peace is so simple. Spreading it is the challenge. Please help because it is the responsibility of every single person. If you work in the arms or fossil fuels industries it is your responsibility to get out.